Assistant Professor
Dept. of Molecular and Cell Biology
Center for Computational Biology
moorjani at berkeley dot edu
Priya did a bachelors in Computer Engineering at the University of Mumbai and M.S. in Bioinformatics at George Washington University. She received her Ph.D. in Genetics from Harvard University, working with David Reich and Nick Patterson. She did her postdoc with Molly Przeworski at Columbia University. She moved to Berkeley in 2018. 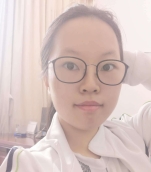 Graduate Student
zhangyulin9806 at  berkeley dot edu
Yulin is a first year student in the Computational Biology PhD program at UC, Berkeley. She graduated from the Sun Yat-sen University (SYSU), Guangdong, China with a B.S. in Computational Biology. In SYSU, she worked on cancer evolution, investigating the pattern of cancer cell migration and the evolutionary process of tumorigenesis. In Fall 2019, she attended UC Berkeley as an exchanged student and worked with Rasmus Nielsen’s group on genetic rescue and selection. In the Moorjani lab, Yulin will be working on identifying signatures of selection in admixed populations.

Postdoctoral Researcher
m_chintalapati at berkeley dot edu
Manjusha received a Bachelors of Technology (B.Tech) in Biotechnology from Andhra University, India and Masters of Technology (M.Tech) in Bioinformatics from the University of Hyderabad, India. She received her Ph.D. (2018) in Bioinformatics from the Max Planck Institute for Evolutionary Anthropology, Leipzig, where she was working with Dr. Kay Prüfer and Prof. Peter Stadler. Her dissertation was on the studying the evolution of indels and large scale structural variants in ancient hominins (Neandertals and Denisovans), modern humans and other primates. For her postdoc, she is involved in developing methods for dating admixture and studying evolutionary forces such as mutation rate and its variation across species.

Student Researcher
jierui.xu at berkeley dot edu
Jerry is a second-year undergraduate student majoring in Molecular & Cell Biology and Computer Science at UC Berkeley. During his freshman year, he worked on computational biology research focusing on natural language processing at iGEM at Berkeley. Jerry joined Moorjani Lab in Summer 2021. He will be working on machine learning methods to investigate local ancestry inference in admixed populations.

Master’s student
gillichu at berkeley dot edu
Gillian is studying Computer Science with a minor in Bioengineering at UC Berkeley. Her previous research experience was at the Marshall Lab, where she worked on optimizing models of infectious disease transmission, specifically studying gene drives in clustered landscapes. In the Moorjani lab, Gillian is working on methods for characterizing signatures of admixture events in humans.

Graduate Student
natecramer at berkeley dot edu
Nathan is a PhD student in the Molecular and Cell Biology graduate program. In 2018, he received a degree in Molecular and Cell Biology from UC Berkeley. Upon graduating, he spent two additional years working at UCSF as a staff research associate. During his time in the Anderson Lab, he analyzed the “promiscuous” gene expression patterns in Aire-expressing cells of the thymus and periphery. His project in the Moorjani Lab involves the characterization of founder events and their impact on functional variation in human populations.

Graduate Student
sarahj32 at berkeley dot edu
Sarah is a PhD student in the computational biology program. She graduated from the University of Washington in 2017 with a degree in cellular, molecular, and developmental biology. During undergrad, she worked in the Brewer-Raghuraman lab studying origins of DNA replication in yeast. After graduation, she worked at Adaptive Biotechnologies for 4 years analyzing how various diseases and therapies shape the adaptive immune system. In the Moorjani lab, Sarah will be studying introgression in early modern humans.

Graduate Student
monica_arniella at berkeley dot edu
Monica is a first-year PhD student from the Computational Biology PhD program at UC Berkeley. She graduated from Duke University, where she studied Biology with a concentration in Genomics, and minored in Computational Biology & Bioinformatics. During this time, she was part of the Johnsen lab studying gene expression in trout, and part of the Nijhout lab studying lepidopteran wing development. After college, she worked at the Broad Institute for three years, investigating gene expression in non-small cell lung cancer and bladder cancer as part of the Getz lab. In the Moorjani lab, she will be working on understanding the evolution of mutation rates across human populations.